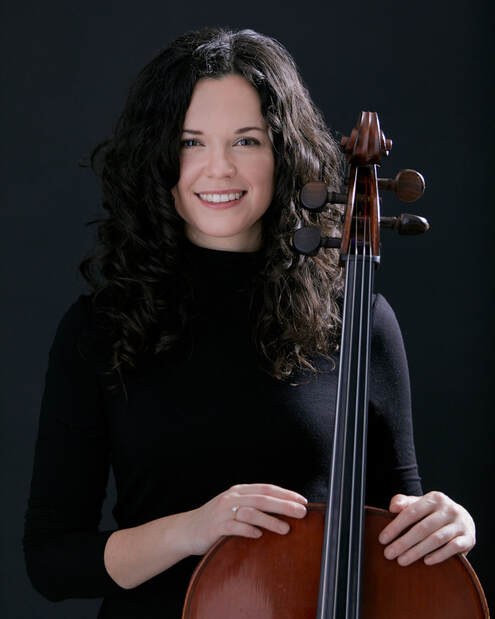 Natalie Dawe is a teacher and freelance cellist based in Winnipeg, Manitoba. She teaches at the Canadian Mennonite University in Winnipeg, the Southeast Centre for Music in Steinbach, and is a faculty member at the Douglas Kuhl School of Music in Morden, Manitoba. Natalie is the director of Da Capo, an orchestra organized through DKSM and comprised of young aspiring string players. Her cello students have won numerous awards at local and provincial music festivals.

Natalie’s extensive work as a performer includes international tours. In the summer of 2019, she toured with her piano trio, Trio Loja, performing in Ontario, South Dakota, Montana and Alberta. In 2018, she performed and taught at the Festival Internacional de Música in Loja, Ecuador. Natalie toured Sweden and Finland with the University of Manitoba Singers in 2011. She travelled to Beijing, China with the New Brunswick Youth Orchestra to perform and record a CD that won an East Coast Music Award for Best Classical Recording in 2007.

Natalie completed her master’s degree in cello performance at Western University’s Don Wright Faculty of Music where she held graduate scholarships and assistantships, and studied with renowned artist-teacher Thomas Wiebe. She was the recipient of both the Madeline Gauvin and Holtby Scholarships through the Annual Scholarship Competition hosted by the Women’s Musical Club of Winnipeg. During her undergraduate program at the Desautels Faculty of Music, University of Manitoba, Natalie studied with Dr. Minna Rose Chung and was a prize winner in the Genser Competition, as well as a winner of the Concerto Competition.
​
In addition to classical music, Natalie enjoys working with artists from other genres and a wide range of performance opportunities. She has collaborated with Michael Bolton, Rod Stewart, Disturbed, and local folk artists in Winnipeg. In the summer of 2014, she performed at Government House in Winnipeg during the Royal Tour of The Prince of Wales and The Duchess of Cornwall. Natalie’s most recent performances include the Royal MTC, Prairie Theatre Exchange, Manitoba Underground Opera, DKSM’s Cadenza Summer Music Week, the Manitoba Chamber Orchestra, and the Winnipeg Symphony Orchestra.