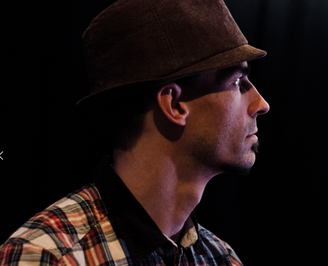 Music has informed and shaped Mike Janzen’s entire life. His unique background in disciplines of jazz, classical, and popular music combined with his technical piano prowess led Geoff Chapman (Wholenote) to exclaim, “What’s enthralling is Janzen’s writing, woven with wit and inventiveness and his playing’s sheer exuberance.” In his role as heading up the Mike Janzen Trio (featuring Mike, George Koller, and Larnell Lewis or Davide Direnzo), Mike has released four studio albums and has performed an engaging blend of standards and well-crafted originals at jazz festivals across Canada. Throughout his career, he has collaborated with and performed with luminary musicians such as Daniel Lanois, Hugh Marsh, Sarah Slean, Steve Bell, Ben Riley, Davide Direnzo, and Phil Dwyer.

His portfolio includes commissioned pieces for the CBC, Winnipeg Symphony Orchestra, and Steve Bell, as well as original arrangements of Broadway tunes for the symphony orchestra, which he performs with Sarah Slean and the Mike Janzen Trio across the country. In 2015, he released an album, Nudging Forever, that displays his unique talent in both jazz and classical spheres. The JUNO-nominated album is a composition on the theme of time following the Benedictine hours of prayer. Featuring interplay between a 20-piece string orchestra and Mike’s jazz trio, the songs blur the traditional lines between classical and jazz music. Mike’s 2019 release, Lent, features 11 arrangements of well-loved hymns and spirituals and since then, Mike has been working on The Psalms Project, a three-volume collection of songs based on the Psalms.