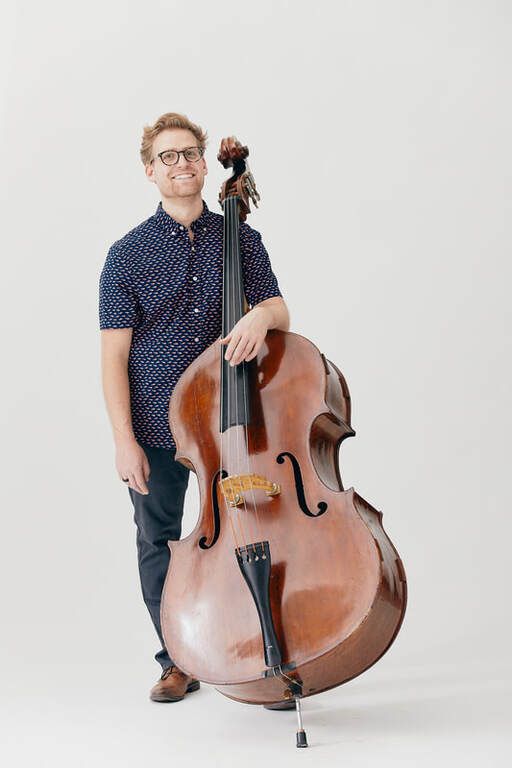 Andrew Goodlett is the Assistant Principal Double Bass of the Winnipeg Symphony Orchestra. Andrew, together with his wife Natalie, run their teaching studio F-Clef Strings, offering cello, bass, and musicianship lessons. He is also the double bass instructor at the Douglas Kuhl School of Music in the Morden/Winkler area. As a performer he has played a wide variety of musical styles, from baroque and renaissance music on period instruments, to country, rock, and jazz, as well as the more traditional orchestral, chamber, and solo repertoire. Andrew is a strong believer in encouraging students to explore the versatility of the double bass in a variety of musical styles.
​
As a student, Andrew attended many of the premiere chamber and orchestral festivals such as a fellowship at the Aspen Music Festival, the Music Academy of the West, the Castleton Festival, the Berwick Academy of the Oregon Bach Festival, Sarasota Music Festival, and the New York String Orchestra Seminar. Andrew attended Michigan State University as a Double Bass Performance and Jazz Studies double major, and did his graduate studies at Northwestern University in Orchestral Studies and Chamber Music.

Professionally, he has performed with ensembles such as the Tafelmusik Baroque Orchestra and Chorus, Milwaukee Symphony, the Indianapolis Symphony, and on the Chicago Symphony Orchestra’s MusicNOW series.